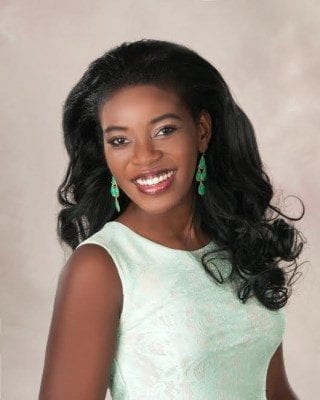 Queen Griffin graduated from Bethesda-Chevy Chase High School in Bethesda, Maryland. Queen has started her own organization, Keeping the Arts Alive (KAA), which advocates for arts education to remain a well funded area in schools and reached out to youth programs across Maryland. Queen’s goal through this organization is to allow kids to understand that being different is great, but being yourself is even better. Aside from starting her own organization, Queen also served her community as a leader during her reign as Miss Maryland High School America 2016 and recently through receiving the Distinguished Young Woman of Montgomery County 2017 award. Queen will be a ending The University of Miami.