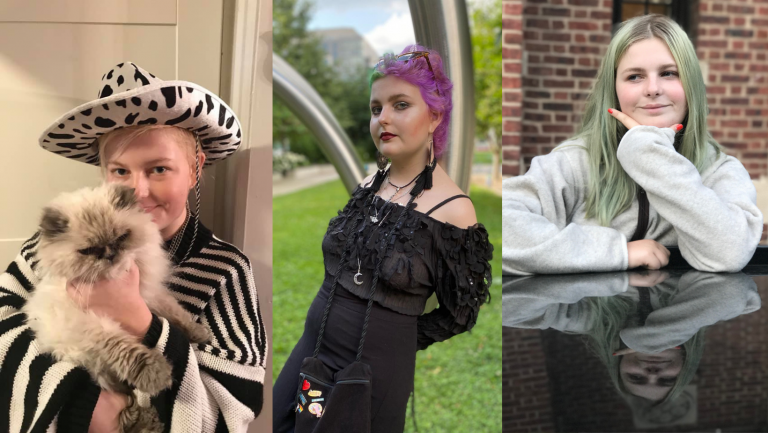 Named in honor of Sophie Magerl, Sophie’s Live Out Loud Award (LOLA) will provide a $5,000 scholarship for one student leader who embodies Sophie’s values of self-expression, creative arts, empowerment, resilience, and dedication to community. Sophie was an inspiring 17-year-old who lived out loud and fought for others to be able to express themselves freely.

We invite you to learn more about Sophie, her leadership, and her passion for living out lout. 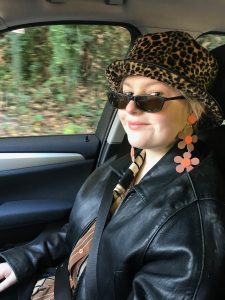 Sophie Magerl lived for 17 years and experienced many of the challenges any kid growing up in a city faces. Sophie believed from an early age that she liked girls more than boys. She worried about what other would think, but she was fortunate that she was surrounded by people who loved her for who she was and she knew it. She was asked one night at dinner why she never “came out” to her family, her response embodied her approach to embracing herself/themselves: “Did you come out as straight?”

Sophie lived out loud on the soccer field – wearing a boa and tuell ballerina skirt on top of her uniform. She lived out lout in the hospital, making a BLM collage for her room door since she couldn’t participate in the protests.

Sophie lived out loud by patiently explaining to her parents, fellow students, and anyone else who was curious, the importance of pronouns and social justice issues.

Throughout her life, Sophie embraced, honored, and expressed herself without concern for what anyone else thought or expected. That self-knowledge and acceptance made her a magnet to everyone who felt different, awkward, or outcast. She encouraged everyone to be true to themselves.

Even when Sophie was diagnosed with cancer, she refused to let the disease define her. She would grapple with leukemia on her own terms. When she lost her hair, she worked it. When her hair started growing back, she dyed it green. Going to the hospital for an afternoon of Chemo? Sophie looked like she was going to a club. No matter what life brought Sophie, she made it her own – with style, humor, and kindness.

Sophie never thought of herself as a leader. She reached out to one person at a time, quietly, sincerely, and with an open heart. After she died, her family received messages from around the world saying how Sophie made them feel seen, special and loved.

Many Expressions of Conviction

Sophie was a gifted visual artist, a sometimes-musician, and wanted to be a “female John Mulaney.” There was no venom in her sharp wit, just mind-blowing cleverness. Case in point: After she was deemed terminal, she bought an Ink Box tattoo that said, “temporary.”

The Role of Education

Sophie was a straight-A student whose biggest dilemma was whether to pursue fine arts or liberal arts. Upon being deemed terminal, Sophie changed direction and wanted to apprentice at a tattoo parlor.